A Map to Trends in Global Cuisine

In many ways, the world is becoming a smaller place. At the touch of our finger tips, we can see and experience places on the other side of the planet.  With air travel more affordable and global migration on the rise, Canadians can personally experience cultural nuances from all parts of the world on a regular basis. Add to that a love of dining out and trying new ethnic fare, and Canadians are becoming more adventurous than ever in the foods they buy and the regional cuisines they eat.

Millennials are a key driver of these trends.  They see food as something more than just nutrition and are now more likely to cook at home than their older counterparts. They view eating as an experience that they create, and they believe that what they eat helps to define who they are. Millennials will continue to express themselves through the foods they eat and share these experiences on social media.

Ethnic cuisines tend to spring from the indigenous ingredients found in the regions in which they develop. While many cultures use similar ingredients, the combinations and proportions they use are shaped by geography and climate and will be reflected in different styles of cooking. That said, cuisines have also changed over time due to travel, migration, and the discovery and trade of new ingredients. For example, many of the flavors tied to Italian cuisine are not native to the region—tomatoes are indigenous to the Americas, olives were brought to Italy from North Africa, and basil is from India.

Cuisines have always adapted, borrowed and recreated based on influences from other cultures. This phenomenon is still in play today, with several cuisines that are melding and fusing to create some of the hottest emerging food trends around. Here are some trends to watch: 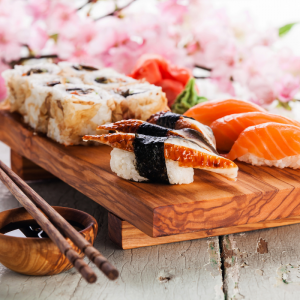 A classic ethnic cuisine that continues to excite taste buds hails from Japan. Traditional Japanese cuisine includes rice, with miso soup accompanied by a variety of dishes such as fish, pickled vegetables, or vegetables cooked in broth. Apart from rice, starch staples also include noodles, like soba and udon. Seasoning is generally a combination of dashi (a seaweed and fish stock), soy sauce, sake or mirin, rice vinegar, sugar and salt; these are typically used when grilling or braising an item.

Up until recently classical Japanese cuisine has been defined by sushi and teriyaki grilling, but following the foodie desire for “new”, izakayas (a type of informal late night gastro-pub), and the snacks that are served are becoming more well-known with locations popping up in larger Metropolitan cities. Items offered such as yakitori skewers, onigiri, karaage, and sashimi are served in smaller portions and meant to be shared. 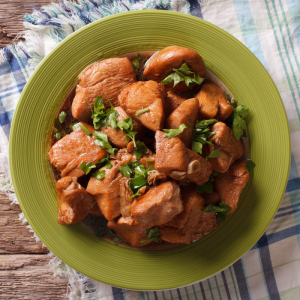 As Canadians become more adventurous in the foods they eat, foods from the Philippines are generating a growing fan base. This island national has been significantly shaped by trade with other nations in the South Pacific such as Malaysia and China as well as colonization by Spain.  This history helped to develop food that features sweet, savory, sour and spicy flavors that have been influenced by Asian cooking techniques but have distinct flavors. Use of ingredients like vinegar and citric juices, for example, contributes to what some culinary experts call its “acidically bracing” flavours that are melded from both Asian and Latin tradition.

Signature Filipino dishes include stews made with ingredients like sour fruits native to the Philippines, such as tamarind, lemons and limes, and can be made using seafood, beef, pork or poultry. 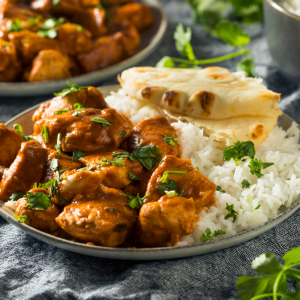 With immigration to Canada well established from Asia and India, Canadians are well acquainted the spicy nuances of Indian food. While there are many regional cuisines, the most commonly seen is from the Punjabi region of Northern India which is typified by its heavy use of dairy products such as milk, paneer, ghee and yogurt; as well as dry aromatic spice blends that include chilies, ginger, saffron and even nuts.

Indian cuisine has long list of rich meat or vegetarian based stews which can be time consuming to compile and prepare from scratch. Thankfully, these complex dishes are possible by utilizing prepared and readymade pastes, allowing the home cook to not only recreate an authentic tikka or biryani but to also take artistic license to create their own fusion dish. 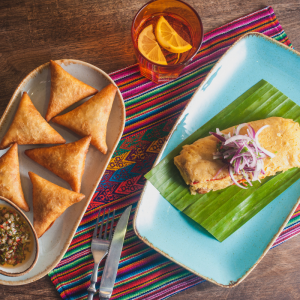 The culinary flavors of Mexico are as ancient and complex as Asian and Indian cuisines, but probably one of the most domesticated in Canada. Over the centuries Mexican cuisine has evolved and adapted to include Spanish, African and even Asian influences. For Canadians, our exposure to Mexican foods is a result of tourism as well as a strong focus through social media.

Mexican cuisine includes a heavy use of fruits and vegetable that are indigenous to the country, such as guava, mangos, jicama, squashes and avocados. Despite the introduction of wheat and rice, the basic starch remains as corn which serves as a base for many recipes such as tamales, tortillas, and atole – a corn-based beverage.

A trademark ingredient to Mexican cooking is the chili pepper. Mexican food has long-held a reputation for being spicy, and while many spices and different chili peppers are used for cooking, not all add heat. Many dishes utilize such ingredients to add a depth of smoky flavor and color to a dish. And the use of spice is not just for savoury dishes, even fresh fruits and sweets benefit from the addition of chili peppers and spices!

There has never been a better time to help customers create ethnic food experiences. Retailers can help their customers have a successful experience by educating them about trending ethnic cuisines and the cultures behind them as well as providing interesting and hard-to-find ingredients from these cultural traditions.